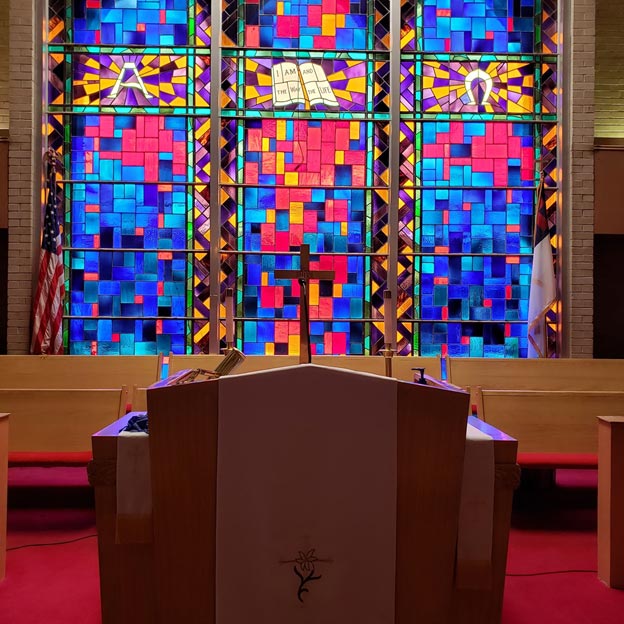 When John Wesley, founder of the Methodist movement, traveled to North America, he was so offended by the institution of slavery that he said no Methodist church was to be established in any region of the country that condoned the condition which he called “the vilest that ever saw the sun.” For this reason, many blacks migrated to Methodism and its principles that no human being should ever be held as chattel. From these ideas of freedom and service, Wesley United Methodist Church (Wesley Chapel) was born.

The Emancipation Proclamation ushered in the first Wesley independent of a white church. In May 1866, William D. Mann purchased a plot of land in an historic section of Baton Rouge, LA called Beauregard Town on which to erect a church. This second largest section of the city was laid out in the manner of grand, old European cities, with plazas, formal gardens, governmental buildings, and a cathedral to stand in the grand, central square. With the land purchased on this site, Wesley’s founders went into the woods with their saws and axes, felled trees, floated logs down the mighty Mississippi to the Harbor Sawmill, sawed the planks, and set about building the first, Wesley, or Wesley Chapel Methodist Episcopal Church as it was then called. Although that building was buffeted by fire, storms and time, it served the community for more than 80 years, until the congregation grew so large that a new church had to be built in 1966. The church would change names two more times, from Wesley Methodist Church which it became in 1939 to the name it holds today: Wesley United Methodist Church.

We are proud to say that our church is rich in Baton Rouge history and blessed with an abundance of gifts that could only have come through God’s grace. We have been honored with the service of more than 50 ministers and with a congregation that can boast of more than 55 with fifty plus years of membership. Wesley was the only African-American church in the city to have a pipe organ and remains so to this day. Its stained glass window is the major focus of the church, designed so that all of it can be seen from top to bottom; and most of the furnishings that grace the sanctuary are gifts from members whose life blood oozes through the very fabric of this fine church.

We celebrate 155 years of service to God and His Word, and we dedicate this Founders’ Day to the pioneers of Wesley who have gone before. It was they who established this church, an edifice to our Lord, and we honor them and cherish their memory. May we go forth then, vowing to live by the example of John Wesley who said “Do all the good you can/ By all the means you can/ In all the ways you can/ In all the places you can/ At all the times you can/To all the people you can/ As long as ever you can.”

The future looks bright at 544 Government Street in the heart of Downtown Baton Rouge, LA

WESLEY UNITED METHODIST CHURCH, LIKE THE TREE THAT’S PLANTED BY THE WATER, SHALL NOT BE MOVED.